10 traits of effective IT leadership 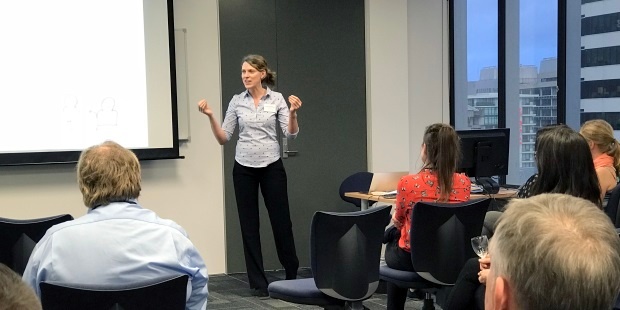 Having worked as a project manager, general manager and Agile coach I have become interested in leadership and how great leaders help create teams who are engaged, motivated and deliver the results organisations need. On Wednesday evening, I delivered a presentation on '10 traits of effective IT leadership' to a group of Equinox IT clients and staff. In this post, I summarise some of my key points from this presentation.

It is important for us to pay attention to leadership. In IT and modern business our people are knowledge workers. Management theory began prior to the industrial revolution influenced by military, church and slave labour. During the industrial revolution the focus was on optimisation of work and management of resources; people managed using command and control approaches and the work was repeatable and predictable. However, leaders of knowledge workers today need to foster relationships and community, grow confidence and resilience, and generate engagement and fulfilment. The outcome is a productive, fulfilled and high performing team.

I asked the audience to talk in groups and share some of the outward signs that show an organisation has effective leadership. Some of the points shared by the groups included:

I then went onto the traits I thought were important for leaders...

10 traits for effective IT leadership

In IT we often see recruitment adverts for a 'rockstar developer'. I have worked with rockstar developers who were so good the rest of the team felt their contribution wasn't of value - the success of the team all rested on one person. In one example, we found that the team was stronger and delivered more value once the 'rockstar' left and a leadership style was adopted where all team members were encouraged to contribute to team success.

Effective leaders encourage a blend of skills and experience and set a culture where everyone has something to contribute.

"Do what I say not what I do" never works, people spot inconsistencies between "what we say" and "what we do", and what we do is what is followed. For example, I think it is important to respect people's time, show up to meetings on time and this sets a great example of the behaviour expected from others.

Effective leaders act consistently with organisational values exemplifying the behaviours expected of everyone else.

Organisations have great processes to hire capable people into teams. As such, we shouldn't need to micromanage people. I once met Garry Ridge the CEO of WD40 and I've remembered his statement ever since "micromanagement doesn't scale". Likewise Mary Barra, Chairperson and CEO of General Motors, took their 10-page dress code and reduced it to two words "dress appropriately", empowering people to use their judgement to determine what is appropriate for different circumstances.

Effective leaders believe in the abilities of their team members and they empower them to deliver the required outcomes without micromanaging.

Leaders need to show integrity, following through on what they agreed to do, dealing with poor performance, providing frequent and honest feedback, and taking responsibility for their decisions and actions. In a previous role, I once chose to apologise to my team for a change process that was done for good reasons but not communicated well. I showed vulnerability, admitting I was wrong and apologising for it. This helped strengthen the trust and bond in the team and enabled them to move on.

Building a sense of community, trust and support in a team is more than providing branded t-shirts. It is more about creating an environment where people care about each other and spend time together socially. Focus should be on providing social events that are inclusive - a "lads' poker night" event in isolation could mean some team members feel excluded.

Effective leaders create an environment where team members spend time together socially and care about each other. 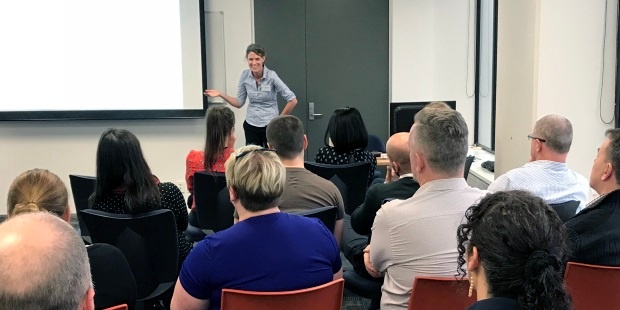 Leaders who demonstrate passion, enthusiasm and positivity can inspire team members to work together towards a shared vision that the leader has helped create and communicate.

Effective leaders inspire others through passion, by generating enthusiasm, and with the communication of a shared vision.

Leaders should work with their teams, talking them up and putting them in the right positions to grow. Team involvement allows everyone to contribute ideas, share knowledge and communicate what is required. Leaders help others to become leaders themselves.

It almost goes without saying that great leaders need to be strong communicators. When we look at well-known and successful leaders (e.g. Martin Luther King or Jacinda Ardern) communication is often a strength. Strong communication involves speaking plainly, being clear and concise. Because we encourage diversity in our teams, we should avoid certain metaphors (e.g. rugby themes), clichés and colloquialisms that may confuse some people, for example, those from different cultures. Strong communicators engage in conversations, listen and respond. They avoid monologues and one-way communication. Strong communicators often over communicate to ensure that the message is received.

Effective leaders are strong communicators who speak with clarity, engage in two-way conversation, listen, and over communicate when appropriate.

Attempting to do multiple jobs at the same time often results in a poor outcome across the range of tasks. Leaders need to help their teams by identifying the highest value activities. Often leaders need to be informed using data and feedback to determine value and then persuade or influence other decision makers to agree the true priority.

Effective leaders are able to identify the work that is more valuable and prioritise.

Transparency shows that leaders have nothing to hide and as quoted by the Dalai Lama "a lack of transparency results in distrust and a deep sense of insecurity". Leaders should encourage greater transparency. One way is by holding regular team or organisation wide 'town hall' meetings. I'm an advocate making work visible to everyone through Kanban or other visual work progress boards. Transparency also means being open about failures as well as successes.

What leadership traits would you like to work on? 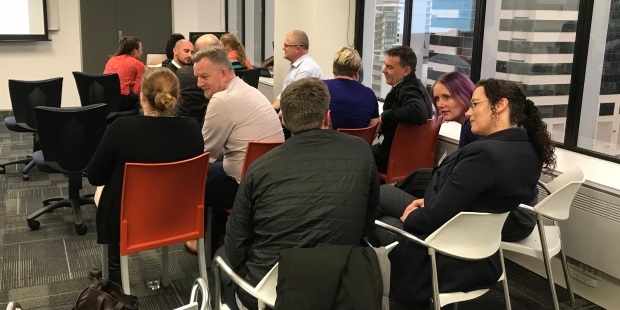 To wrap up the session I encouraged the audience to get back into groups to discuss any traits that were missed and what traits individuals wanted to work on to improve their own leadership. Although none of these traits are new ideas, I think it's worth leaders reflecting on their leadership style and the teams they would like to build and work with.

For yourself, you may also want to think about what traits you would like to work on to improve your leadership effectiveness.

Kirstin Donaldson is a Principal Consultant specialising in Agile and leadership coaching and training, based in Wellington.