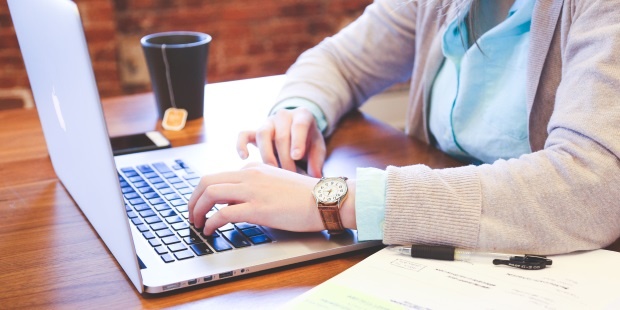 We regularly receive enquiries at Equinox IT from people who want to move into the IT industry. Sometimes these people ask for our advice on how to get a job as an IT Project Manager or a Scrum Master.

This post is my advice to people who want to move into the IT industry into a Project Manager or Scrum Master role.

But first a story...

My final year of high school was 1989. Guns and Roses, Def Leppard and Milli Vanilli were popular on the radio. After high school I spent three years training to be an aircraft pilot, graduating with a bachelors degree, commercial pilot license, and twin engine instrument ratings. I then spent 6 months piloting air charter flights to build up my flying hours with the goal of becoming an airline pilot. Unfortunately for me my flying career ended at this point when I was diagnosed with insulin dependent diabetes and I was grounded, no longer meeting the medical criteria to hold a pilot license.

One of my former aviation flatmates had grown up in the Hutt Valley. He continued flying. Eventually he got an entry level co-pilot role with Garuda Indonesia Airlines and continued to build up experience. Today, with a 28 year career in aviation he is a captain of Boeing 777 aircraft for Cathay Pacific Airlines. He lives in Hong Kong and owns a holiday home in Queenstown.

Now, there is no 'silver bullet' fast track way of becoming a captain of a Boeing 777 aircraft. You have to put in the time, a lot of time, flying aircraft before an airline will hire you into that role. Imagine being a passenger with an airline and hearing this over the loud speaker:

"Good morning ladies and gentlemen, I would like to welcome you aboard Flight CX882 flying to Los Angeles. This is your Captain speaking. While I have never flown an aircraft before I have completed some flying theory certifications and I have strong experience in dental hygiene. Now settle back, relax, and enjoy the flight"

We want you to move into the IT industry. Our industry has a shortage of skilled and capable people.

But you also need to be realistic. Like an airline captain, I believe it is unlikely (although I am sure not impossible) that you will be offered a job as an IT Project Manager or Scrum Master with no previous IT or project experience.

Project Manager / Scrum Master is not an entry role

Project Manager and Scrum Master are leadership roles, which implies followers, which means you will need to have relevant experience that a team is willing to follow.

Most likely you will need to do your time in other IT project roles, doing project work such as representing the business, analysis, development or testing to build up IT project experience with the longer term goal of becoming a Project Manager or Scrum Master.

You can find out more about the Scrum Master role in my post Can you attend Certified ScrumMaster without Agile experience and will it help you get a job?

Getting a start on an IT project

Most people new to IT, whether it be their first job or a career change, will start project life in a 'doing' role rather than a 'leadership' role.

I've been there. After losing my pilot license I had to find a new career. After some time I was offered a role as project gopher (as in "Brendon, go for this, go for that, get me a coffee") on a small Government project implementing telephone PABX systems. I then started training users how to use computer systems. One day, a business analyst in my organisation needed someone to help scribe findings while they facilitated a requirements workshop with business representatives. I had some available time, so I got involved. The analyst said that I did a good job, so I kept on working with her and eventually was given my own part of the system to lead the analysis and requirements for as a newly minted business analyst. Twenty something years later I still work in the IT industry having held a number of varied roles.

You learn a huge amount about the realities of project life in those 'doing' roles. The roles where you are more likely to make a start in an IT project are business representative, business or systems analyst, software developer or software tester.

Starting as a business representative

IT projects need to deliver against the needs of the business and as such look for involvement from the business. Often this translates into having business representatives, business users, subject matter experts, or product owners representing the business needs to IT people on the project. These roles often work closely with business analysts to define business requirements and also with software testers to validate that the system meets the needs of the business (they are often heavily involved in user acceptance testing). These business people and subject matter experts can stay involved with projects and the subsequent delivered systems for a long time and naturally start to develop analysis and testing skills and awareness of how IT projects run. Many move into business analyst and software testing roles on future IT projects.

Assuming you are looking to move into IT from another career, one option is to look within your organisation or other organisations in your industry for opportunities or secondments to represent your business or your expertise on an IT project. That IT project most likely is being undertaken to address a problem in your organisation or in your industry and you may be well placed to help the IT folks on that project understand the problem and validate that it has been solved.

Starting as a business or systems analyst

Analysts need to be good at understanding a business, needs and problems. Generally, they are logical, analytical and excellent communicators. They need to be confident in facilitating workshops, sometimes with senior people in an organisation. One common path into this role is as a business representative as described above. But also see our blog post How do you start a business analyst career in New Zealand? which provides further advice for starting in business analysis. I know many people who have moved from business analysis to project manager roles after gaining experience on IT projects.

Starting as a software programmer or developer

Programmers or developers are technical, know how to code software and are able to work with a range of technologies. They often bring a creative and logical problem solving approach.

If you are starting your career then a university qualification such as a Bachelor of Computer Science is a common path.

If you are changing careers then I would recommend attending a bootcamp option like New Zealand's Dev Academy. Their pitch is "Study with industry professionals and graduate as a work-ready programmer in 18 weeks". Dev Academy graduates now work on IT and web development projects for organisations such as Xero, Trademe, Powershop, Weta Digital, Kiwibank, ACC and us (Equinox IT).

I also know people who are project managers, business analysts and testers who have come from a software developer background.

Starting as a software tester

Software testers are usually good at finding what is wrong with things. Many recount stories of the toys they broke as children, trying to figure out the weaknesses. The International Software Testing Qualifications Board (ISTQB) Certification may help with getting a software testing role. Another common path is as a business representative as described above. Look for options within your existing organisation or industry to help with user acceptance testing of software and solutions, and then progressively do more and more testing until you are working most of your time on IT projects.

Read this thread from an individual in Toronto looking to move into IT into a Scrum Master role. One of the points raised is the importance of building your network. The more people that know you are interested, motivated and capable of working on an IT project or moving into a Project Manager or Scrum Master role the more likely you will be tapped on the shoulder when an opportunity arises. I'd talk to recruitment agents and attend IT industry meetups like the Project Management Institute (PMI), Agile Auckland / Agile Welly, or the International Institute of Business Analysis (IIBA) Auckland / Wellington. Try meeting with potential employers, not so much asking them for work, but asking them for their advice. Sometimes these people may not have opportunities themselves but can tap into their own networks to help.

Moving into a Project Manager or Scrum Master role

Once you have a good amount of IT project experience then you are much better placed to work towards a Project Manager or Scrum Master role. And you are much more aware of whether this is still the role you want and whether you are well suited to it. You have learned a lot about project life, you have gained the battle scars from tough projects and you've seen what works and what doesn't. You have the credibility for others to follow you.

If you have natural leadership skills you might in time find yourself taking the lead on an area of a project, potentially as lead analyst or tester or architecting the software solution. Over time you might find that you are asked to lead a small project, because the project is not big enough to warrant a dedicated Project Manager. From there you can continue to ease into a Project Manager or Scrum Master role.