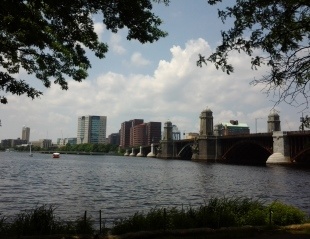 Equinox IT is the only New Zealand owned IT consultancy to sponsor the MIT Sloan Center for Information Systems Research (CISR). Each year we send one member of our team to the MIT CISR Summer Session in Boston, and this year I was lucky to have the opportunity to attend. The Summer Session was one week long and was held in the week of 17-21 June 2013.

Being in Boston attending the MIT CISR Summer Session was a great experience. The campus is huge in scale compared to anything we see in New Zealand. Being a renowned educational and research institute with a proud history, MIT does have a very international, cosmopolitan and high-achiever feel to it and it was fascinating to be immersed in this culture for a week.

The Summer Session focused on how digitisation is changing the way that organisations need to operate. The event included four themes:

My overarching summary of all the topics covered is that IT teams need to re-think the way that they manage technology to compete in an increasingly digital world.

My most valuable learning from the week was insight into how digitisation is changing the corporate world. This was explored during the week in many different ways including the traditional ways in which IT has operated within many organisations and the gaps that need to be addressed for IT to be effectively managed in the future. One of the examples they highlighted was that on average more than half of digitisation spend occurs outside the IT budget, and this trend is growing. Yet for the top performing organisations this trend is reversed, and the majority of the digitisation spend occurs from within the IT budget. The conclusion being that IT executives need to become better at addressing business need through digitisation, by having in place suitable IT governance, by partnering with business leaders to shape the demand for IT investment, and by creating re-usable digital platforms (rather than point solutions). The risk of not working in this way is having fragmented digitisation that bypasses IT departments, that can’t be leveraged to support future growth and complexity, and that inefficiently duplicates functionality across the organisation.

One topic that stuck out for me was presented by MIT’s Andy McAfee who presented on the topic of his book ‘Race Against the Machine’, which he co-authored with Eric Brynjolfsson. The book focuses on how technology is racing ahead at an exponential rate, replacing more and more jobs through automation. Despite the economy growing, job growth is remaining static as organisations increasingly adopt digital innovations. I was given a real-world example of this as I came through passport control on my return trip, where e-passport readers were being used as a faster and more convenient alternative to manual inspection of passports, reducing the number of customs staff required. My takeout from this is that we need to start educating people with the skills required for a future world where certain roles will be increasingly automated, and we need to start working in an integrated way with technology to deliver better results than just technology or just humans will deliver alone.

Overall, it was an incredibly valuable and insightful trip, and I’m looking forward to using the knowledge gained during my consulting work with Equinox IT clients.